I looove breakfast foods. Especially for dinner. “Scramble” is something we occasionally make, usually for dinner. It’s admittedly not the healthiest dinner, but it’s really good. You could probably make it healthier by frying the potatoes in fat-free cooking spray, and by using less sausage and more peppers and onions.

Fry potatoes in thin layer of oil according to package instructions. Mix in browned and drained sausage. Stir in beaten eggs until “scrambled.” Add red pepper flakes, to taste (I like lots!). I add lots of pepper, but very little, or no salt, since the sausage is so salty on its own. I also had a bag of frozen peppers and onions in my freezer, so I threw in an extra handful this time.

Before mixing together the three main ingredients: 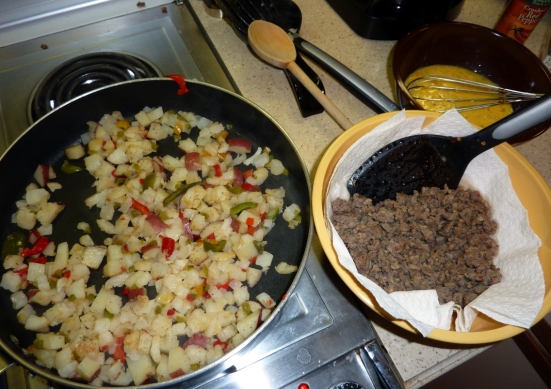 Add in the egg and scramble it: 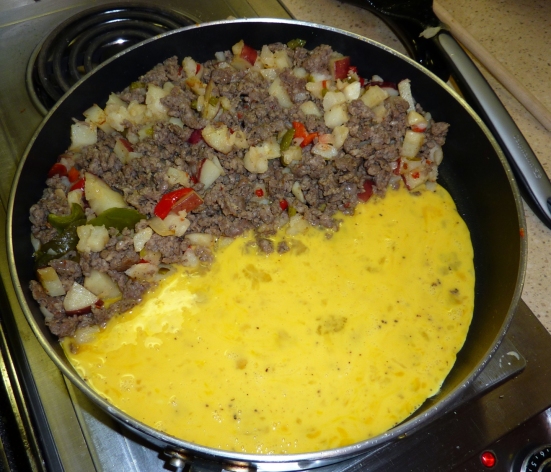 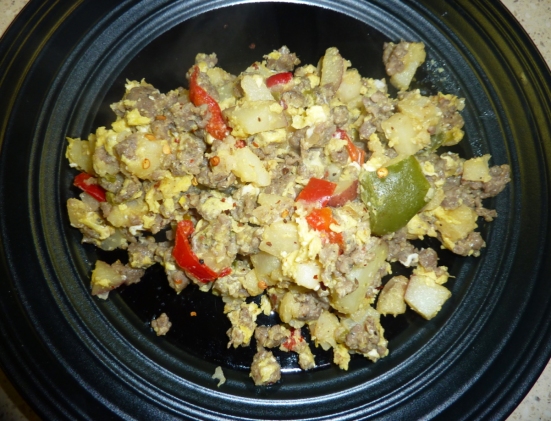 One thought on “Scramble Breakfast for Dinner”