It’s been a few days since my last post, since I haven’t eaten anything terribly interesting or blog-worthy (some could argue that several of the things I post aren’t exactly blog-worthy. :p )  Have been doing well on the whole scaling-down-on-meat-consumption goal (meat consumed only twice in previous 6 days). Also, I have been reading “The Omnivore’s Dilemma,” by Michael Pollan, which is pretty fascinating and only makes me want to eat meat even LESS than before. Okay, but this blog is NOT going to become a tirade against meat, so here are some pretty pictures instead.

Spicy Black Bean Soup! This has pretty much been sustaining me for the previous three days for dinner. Not long ago, I made this (seen in a previous entry) and loved it, so I made another big batch this week, consisting of chopped red onion, red pepper, a minced jalapeno, and garlic in sauteed in EVOO for a few minutes, and then the addition of 3 cans of black beans, 4 cups of low-sodium vegetable broth, diced tomatoes with green chilies, and more chopped green chilies (canned). YUMMY.

Here’s a pretty salad I had with my soup one night, prior to pouring on some Goddess dressing:

Tonight’s dinner was a light version of Chicken and Dumplings (another previously featured dish). While prepping the dumpling “batter,” for the first time I used up one of the spices in my spice rack – Dried Parsley! Probably because I use make this recipe so often. The thyme will probably be the next to be used up. This is a fun wedding gift!

Luckily I had a new shaker of parsley in the pantry, so I was able to refill the jar for my rack. 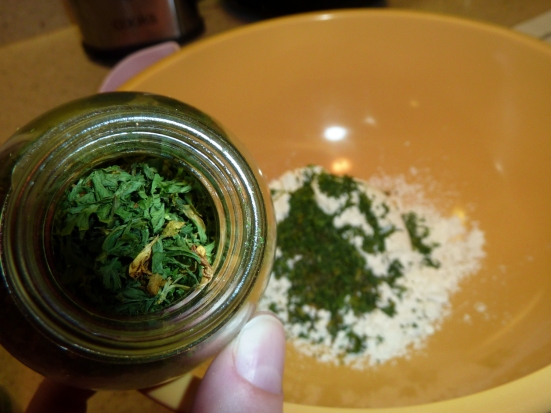 After 15 minutes of covered cooking, voila! Beautiful dumplings, aren’t they?: 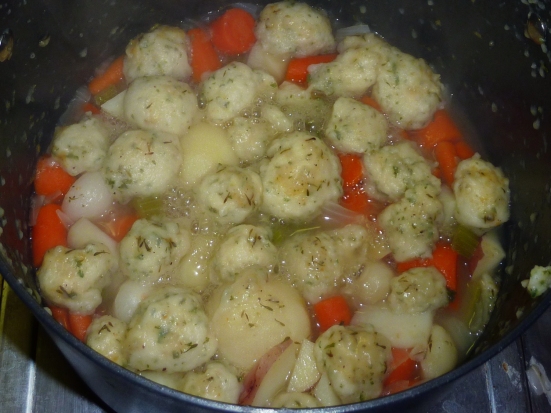 It also occurred to me that this juice probably deserves a place in my blog, given that I’ve had a glass with dinner almost every night for the last year or so. 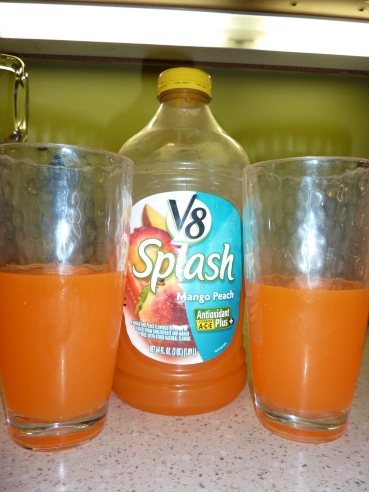 Good lookin’ lunch. Bowl of delicious fruit (best strawberries of the year so far), and an Amy’s pinto bean burrito ❤  :

This is our bunny, Peter. (Okay, okay, he’s not really OUR bunny). He comes and plops himself down in the middle of our backyard quite frequently in the evenings, and noms away at the grass and dandelions. I threw him a couple carrots yesterday too, which didn’t seem to phase him.