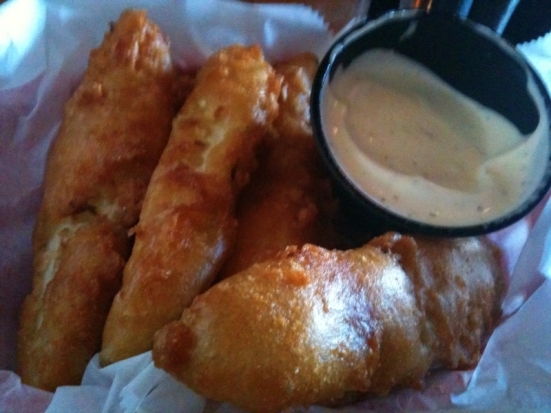 Tom’s dinner. Out. of. Control. Nachos. 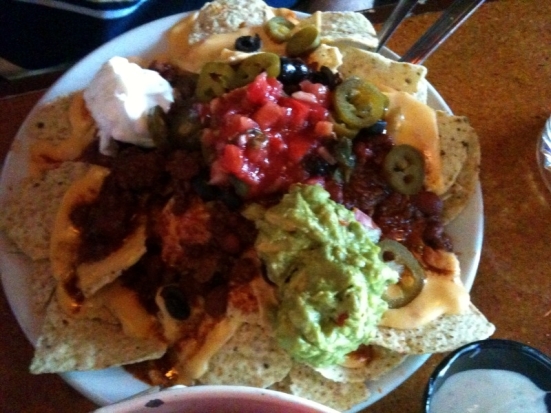 My dinner. Black bean burger tacos. Forgot to ask for sweet potato fries! Opps! Got beans and rice as a default – they were still delicious. 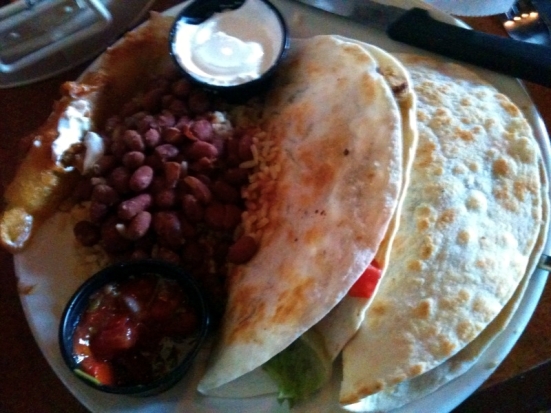 Beer #2. Beer #1 was a mysterious smaller brew brought to me – I just thought the waitress accidently brought me the “small” one instead of the “big one,” that I ordered, so I drank almost half, and just figured, whatevvvv. She returns to the table 15 minutes later and says, “Opps! Brought you the wrong one!”, and trades me for this one – what I actually ordered – Frog Island Amber Ale, a locally brewed beer. Works for me. 😛 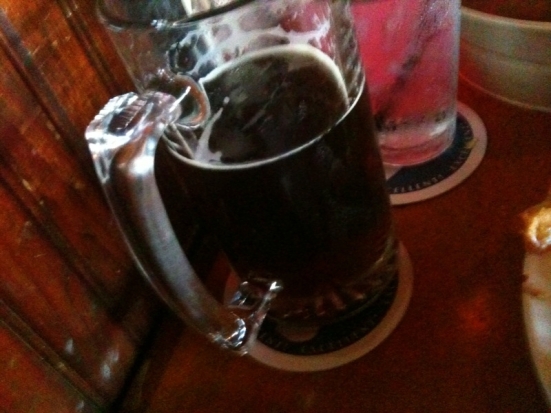 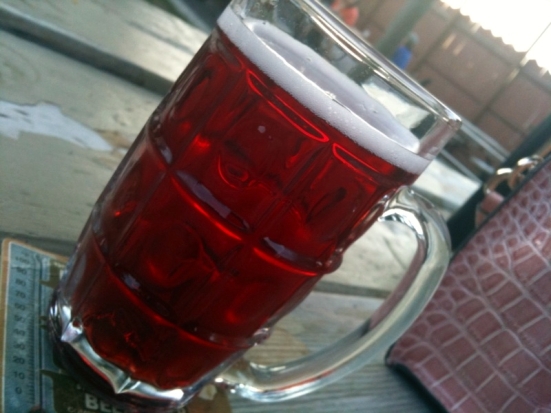 Next, Tom and I were joined by some company. Got too dark for my iPhone to capture pics of the “after party” I guess. 😕 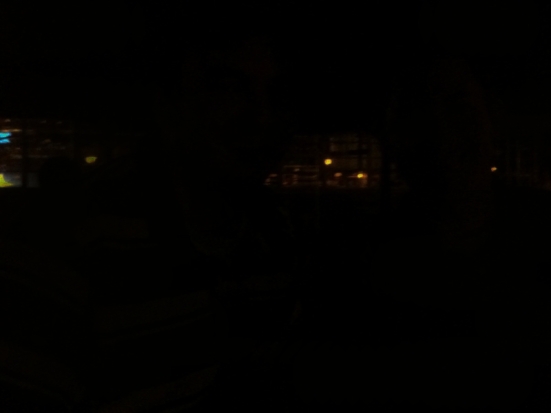 Was THE perfect warm summer evening to head down to Depot Town. I will miss these perfect summer nights – there are not many left this year, gotta savor them! 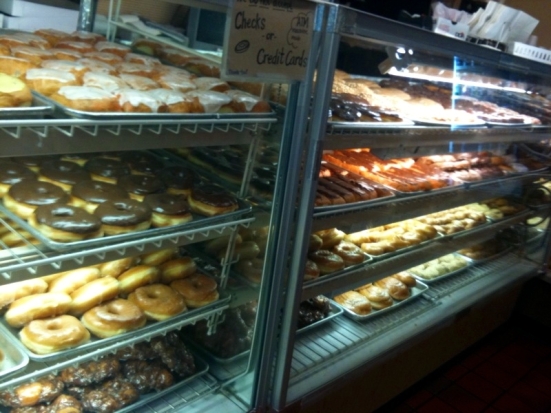 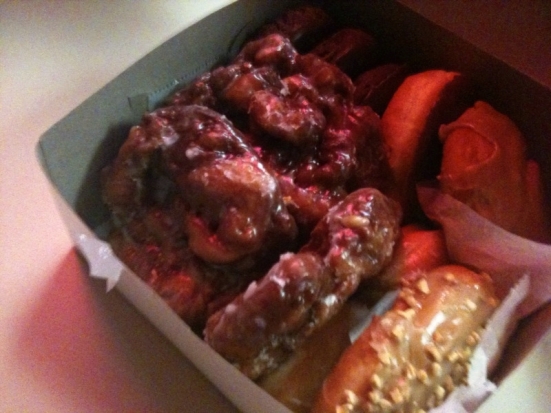 Saturday morning my mom and I met halfway and went shopping at my favorite mall – Twelve Oaks! I was in serious need of some new pants, after losing some weight. I’m going to go ahead and brag for a minute here and say that I bought pairs of size 6 dress pants at Express and Gap! So exciting to lose pants sizes. Twelve Oaks, while a great mall, is a bit lacking in the food court department. There is a good wrap restaurant in the food court, but we decided to “class” it up a bit, and instead go to the Lakeshore Grill restaurant located in Macy’s. There were so many tempting items on the menu, I had a tricky time deciding, but I eventually opted for the first thing that had caught my eye on the menu: Mac ‘n Cheese! Oh soooooo goooood. With a tasty spinach salad and a sweety, tangy dressing. 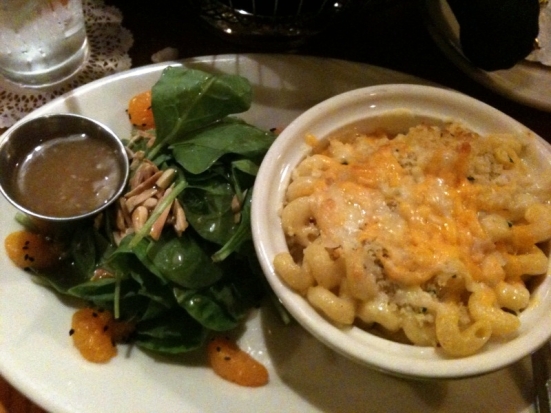 My mom ordered the Cobblestone Turkey Sandwich which was actually served on a cinnamon bread. Sounds like an odd combination, but I had a few bites and it was delicious! I was impressed that my mom was slightly adventurous and went with this interesting combo. Haha. 🙂 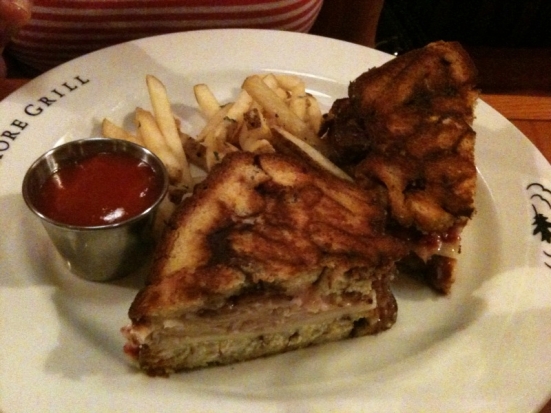 In need of a mid-afternoon pick-me-up, we got some iced teas from Starbucks, Passion Tea for my mom and good ‘ol black iced tea for me. 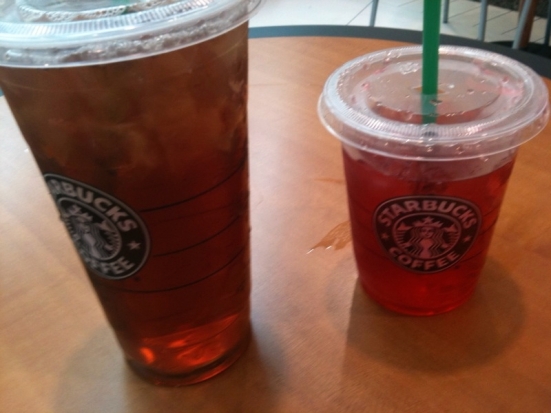 Alrighty, Tom is outside lighting the grill, and it smells a-may-zing. Must go thread some skewers! More later!

♪♫ Currently listening to: Let’s Get This Party Started – Korn.

4 thoughts on “Weekend noms and brews in Depot Town, then Novi”