Last night was THE night! The MONSTER BALL! I bought my tickets to the Lady Gaga concert months ago – and yesterday was finally the day! Thought I’m not the most avid-listener of pop music, I must admit my adoration of Gaga. After all, I even dressed up as her for Halloween last year. Here’s a memory jogger…:

Yeahhhh….so clearly a bit obsessed. The show was at the Palace of Auburn Hills, and we had a dinner reservation at an Italian place up the street, called Palazzo di Bocce – Palace of Bocce!? As in bocce ball, yes. There were several bocce ball courts flanking each side of the dining area in the restaurant, in fact. We nibbled on some bread and seasoned EVOO while looking over the menu.

Our meal came with soup or salad, and Tom and I both ordered the Champagne Mushroom soup. Delicious. 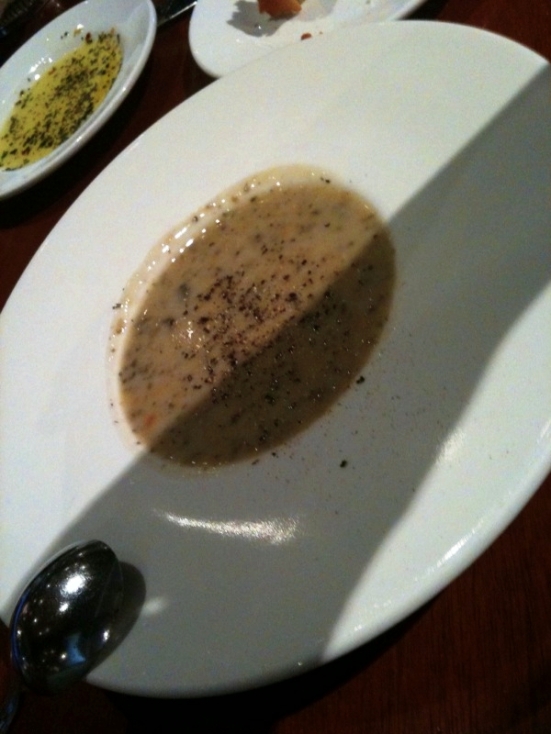 We were also sippin’ on a bottle of red during dinner. 🙂

We went pretty fancy schmancy for dinner, and both ordered the Surf ‘n’ Turf special: Oscar-stlye filet mignon (topped with a crab bearnaise sauce), and Swordfish topped with a tomato salsa, served over Saffron Risotto. Good heavens! I utterly adore swordfish. And everything on this plate. 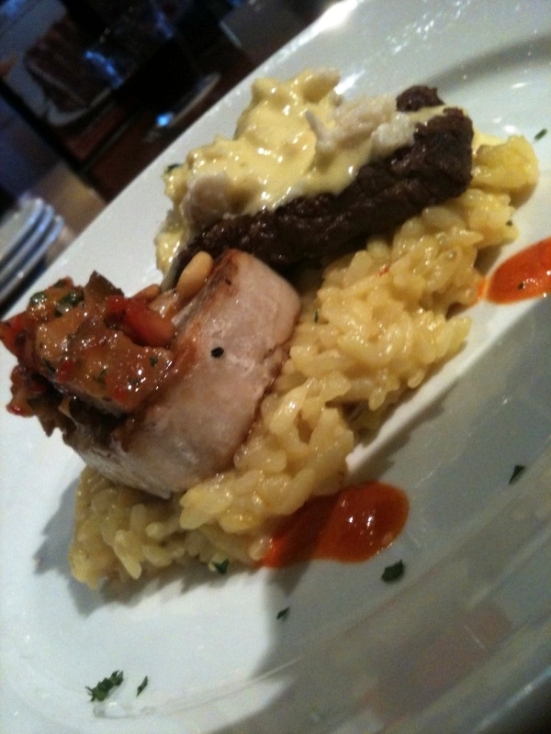 Disclaimer: This was all Tom, and not me. So… for dessert we ordered the half-kilo of chocolate cake. Ridiculous? Yes. Unneccessary? Yes. Diet-cheat? Yes. Divine? Yes.

I must take a break from food blogging to show off my Gaga-concert attire. I love getting decked out. 🙂 Tons of people were all decked out at the concert too! Quite the event! It was fun just walking around and people-watching before the show. 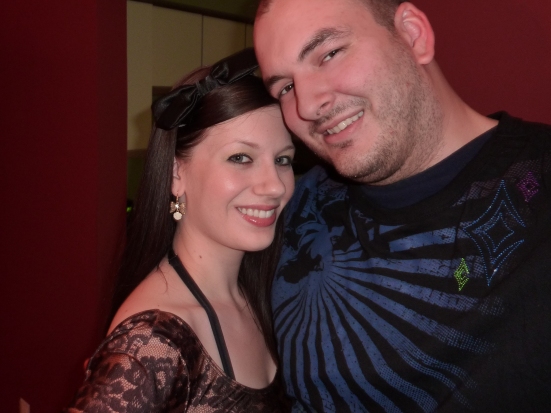 Classed it up a bit with a cardigan, just for dinner. 🙂 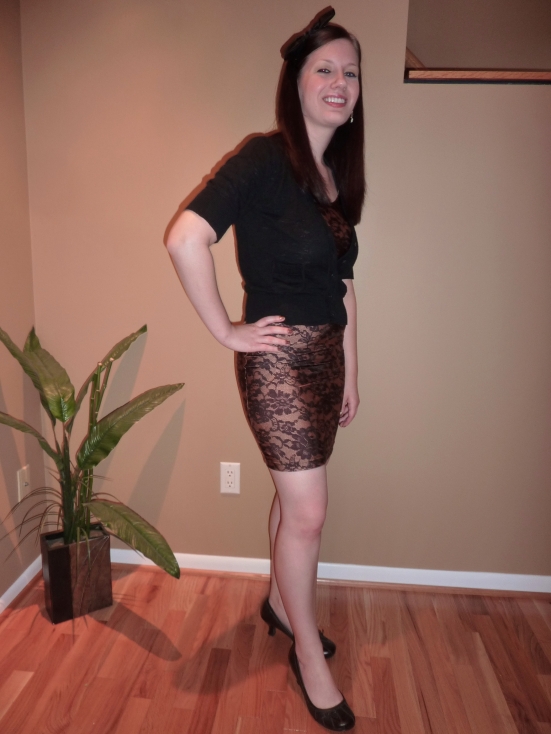 At the Palace, waiting for GAGA. 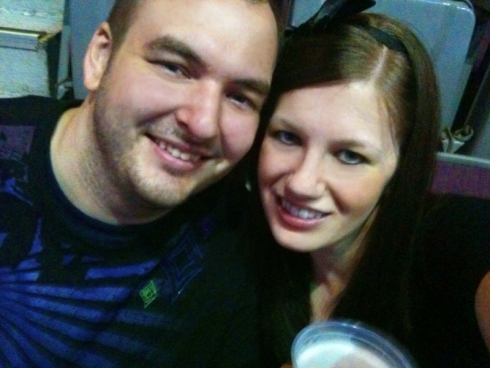 AHHHH. Okay, so I was pretty excited for the show. Even when the opening act was playing, yeah, I was pretty excited. But ok, once the lights dimmed and I could see the shadow of GAGA…I started GEEKING OUT. And screaming. Loved when she played Speechless, with her flaming piano. The Bad Romance finale/encore was clearly epic as well. The whole show was pretty epic, really. Our seats were kind of perpendicular to the stage, so, while high up, we were still relatively nearby the stage, versus people who were front-facing the stage, but much further away. Plus we got to see a lot of action backstage, which was cool.

Got home pretty late, slept in, and then made an indulgent brunch with all the fixin’s – bacon, sausage, cheddar-topped eggs, and roasted yukon gold potatoes with fresh thyme and garlic. The morning after having a few drinks, I crave greasy, salty breakfast food like none other. What do you crave for breakfast after a night out?

♪♫ Currently listening to: Dance in the Dark – Lady Gaga.

2 thoughts on “LADY GAGA at the Palace”