I’ve been eating quite well this Labor Day weekend. Tonight I got around to uploading several days’ worth of food pictures from my camera onto my laptop, so let me bring you up to speed on what I have been nomming.

In honor of it being September 1 last week, I made a fall-ish meal, including:

This weekend (after unsuccessfully attaining a table at Dominick’s during the college Welcome Week hot mess!) at Red Hawk, I tried a pint of Atwater “Blocktoberfest", but this really wasn’t my favorite beer. Just sour and bitter and uninteresting. I guess I should have stayed away after reading “hops” in the description! I think “hoppy” beers ain’t my thang. 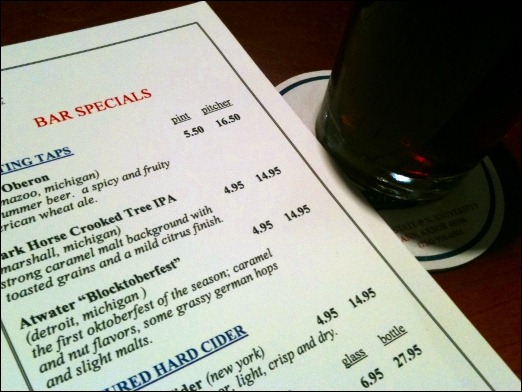 For nibbles at Red Hawk, my dining companion and I split the Beijing Duck & Chicken Quesadillas, “sweet and spicy braised duck & chicken, jalapeño jack, melon salsa.” These tortillas were generously filled with savory, tender meat, and it was very delicious. The melon salsa was also a really nice accompaniment.

Sadly, I found a rather large, pointy, chunk spear of bone in my first few bites that I had to pick out of my mouth. I’m not one to complain, so I just very cautiously ate the rest of my half, but I felt paranoid that I was going to bite down on bone the whole time (but no more was found, so I was in the clear!).

I left the large piece of bone on our plate, which I guess our server noticed, because when she brought back our bill, she told us that she was sorry about the bone, and that it wasn’t supposed to be in there (ya think!?), so they comp’ed it from our order. How nice! I was quite impressed that this was done, and I hadn’t even pointed it out. I still tipped on our original bill price out of appreciation. Great customer service, I’ll be back. 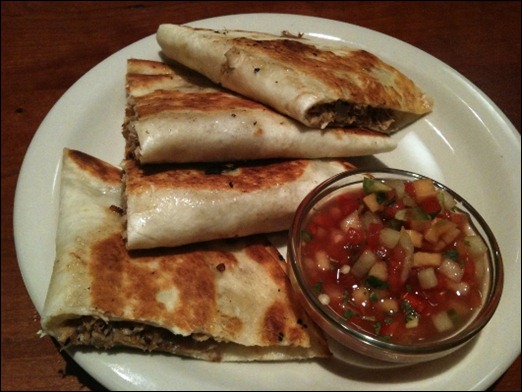 After beer and half of a quesadilla, I was just hungry, but no longer ravenously hungry, so for dinner at Tio’s I went a bit lighter. Everything on the menu is so hugely-portioned and heavy, so I instead ordered a Chipotle Shrimp Cocktail appetizer which came with a pineapple cilantro salsa. So good! Perfect. I also ordered a side of black beans, because, well, beans are my fave.

At Tio’s, I was sippin’ on Dark Horse Raspberry Ale. This was immensely better than the Blocktoberfest at Red Hawk! I like this beer. The raspberry isn’t totally apparent up front, but more of a pleasant berry aftertaste. Plus, look at the color. It’s gorgey! 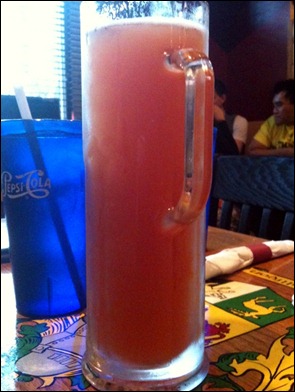 For dessert, we tried a new place on campus: Iorio’s Gelateria! I have actually NEVER had gelato before! …Until this weekend. We located Iorio’s on William Street – my old stompin’ grounds! 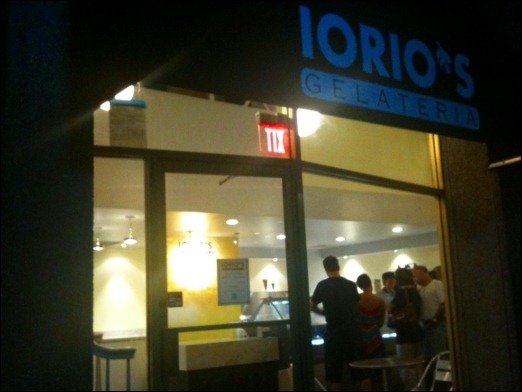 We had about two dozen flavors to choose from, and were informed by the gelato server that Iorio’s has over 500 different, constantly rotating flavors. Samples are freely given as well! Flavors include:

I ordered the largest size (muahaha!) and was told that I was allowed to have as many flavors as I wanted in my cup. No rules – I love it! I was modest and ordered a trifecta of flavors:

Loved them all! Mmm! Want.more.now.plz.k.thx.bai.

I was busy much of Saturday, but in the evening I sat down at watched the DVR’ed Michigan football home opener versus Western Michigan. For dinner I made one of my healthy comfort foods: Corn, Black Bean & Avocado Salad. It’s just so dang good! Once I start eating it I just cannot stop. The main stars are dressed in lime juice, cilantro, jalapeno, salt and pepper. 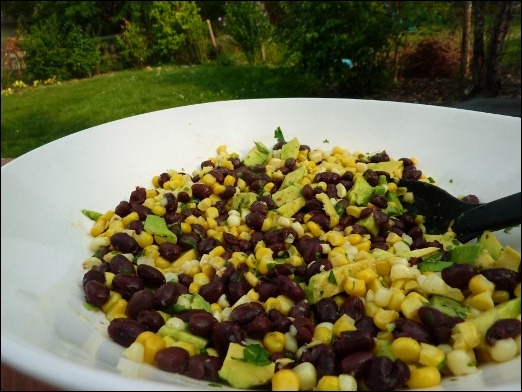 For our main dish, I made a favorite football-watching food: Pigs in a Blanket! You KNOW I went back for more of these babies after plate #1. They are so buttery. A rare dinner indulgence!

On Sunday I made a vegetarian Shepherd’s Pie using a recipe from the most recent issue of Eating Well magazine. The dish features lentils, carrot, corn, onion, fresh thyme, vegetable broth, and a mashed potato layer on top. Very comforting and savory – loved it! The meat-loving huz remarked that he often does not miss the meat in some of my meatless dinners, but he DID miss the meat in this dish. Well…hurrumph! I did not miss the meat, but I can see where he’s coming from.

This was consumed at some point this weekend. Mmm. (Flatout wrap + Pizza = Flatoutza) 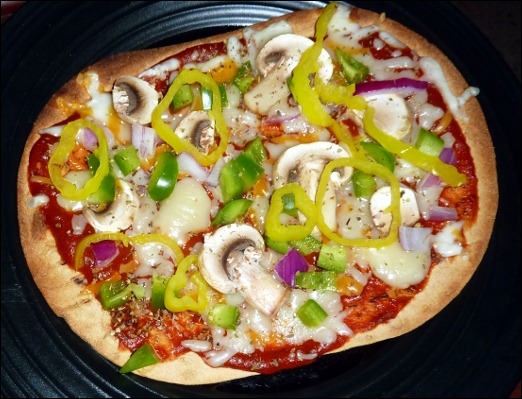 On Monday we hosted my parents for a cookout! The star of the show: Biercamp brats! These locally-made artisan brats were beyond incredible tonight. The huz did a nice job on the grill! We had two flavors:

Both were juicy and incredibly flavorful. A big hit.

On the side I made a couple of my favorite summery sides. First up, Dilled Potato Salad: 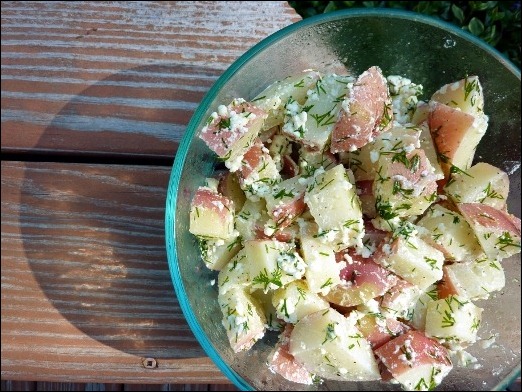 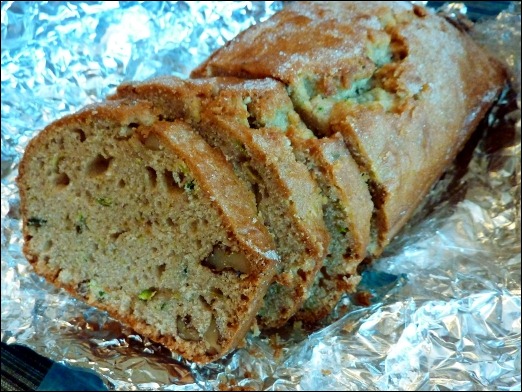 Must find recipes for tomatoes, green peppers, and 22 jalapeños from my parents’ garden – STAT! 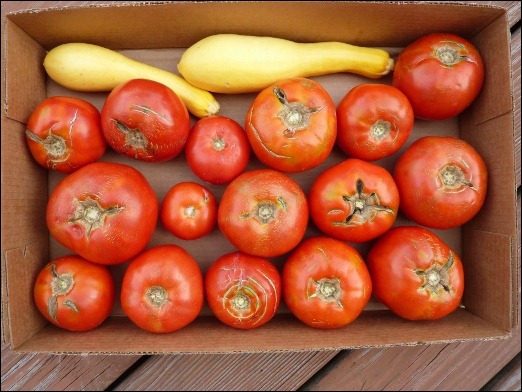