…Ate at the stinkiest Fazoli’s ever. The state of Ohio reeks, in general. Besides the relentless rotten egg smell looming outside of Fazoli’s for at least two days straight, we also had a couple B.O. encounters in our hotel elevator. Gah!!

…Ate at Fazoli’s for the first time in years. 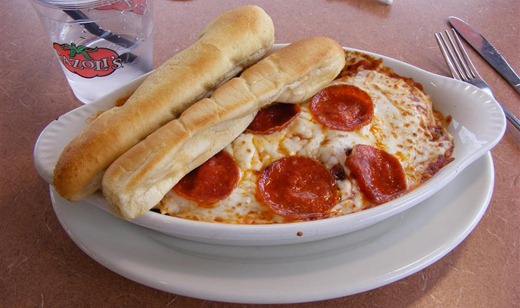 …Walked through several haunted houses during Halloweekend at Cedar Point on both Friday and Saturday. The huz and I went with two other friends.

…Nearly had my pants scared off while walking through the foggy haunted pathways at said amusement park. 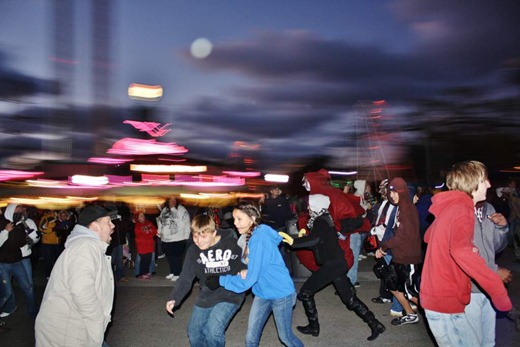 …Nearly froze waiting in line! I’m a trooper. We braved high winds and late evening drizzle, but for the most part, we were pretty lucky with the weather. This picture was taken during the worst of the weather – we are looking a little rough for the wear. 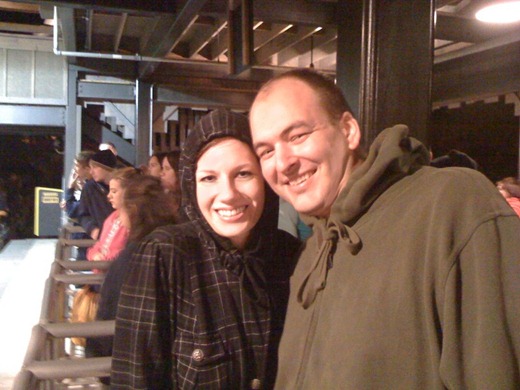 …Put on my freaked-out face for the camera:

…Then lightened up and engaged in a gigglefest.

…Faced my fears and rode one of the only rides I would never go on before (because of the spinning motion, which didn’t end up bothering me anyways!). Max-Air is pretty awesome. MegGoesNomNom gives her seal of approval. 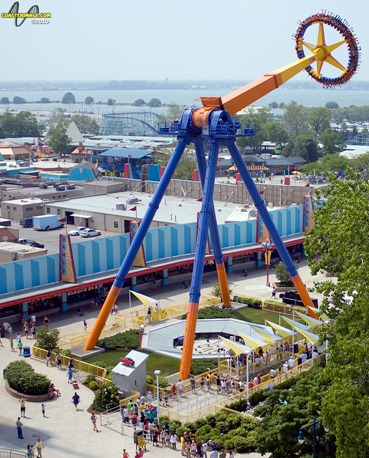 …Ate Chick-Fil-A for the first second time. I think I had it in Florida once a few years ago? It was non-memorable the first time, however, it totally hit the spot this weekend.

…Gave the huz a guilt trip for getting an elephant ear. What a nag. For some reason these things do absolutely nothing for me. I’ll crave a salty soft pretzel, or some cheesy nachos, but these things? Nada. Ahh, well… he had his fun.

..Cooked turkey bacon for the first time. Normally this is not something I would typically buy, however I had a coupon for a free package, so it only made economical sense to do so.

..Found out the turkey bacon nutrition facts are somewhat scammy.

This was Oscar Mayer Lower Sodium Turkey Bacon, which has 35 calories per slice. I personally think this labeling is highly misleading. Did you know that you can eat 2 slices of center cut pork bacon (the good stuff), for 70 calories. Now, I don’t have a mathematics degree or anything, but….uh… yeah. They have the same amount of calories. Of course, center cut pork bacon is a bit leaner than “regular” bacon, but to me it tastes more or less the same and is typically what I buy. Plus, “regular” bacon isn’t much more calorie-laden anyways.

Plus… who eats ONE slice of bacon? I mean really. I would like to meet this person.

I’m sorry to report that this bacon received a thumbs down from me. First off, this shiz STANK like stinky mustard while I was panfrying it. Second, the texture was highly akin to cardboard. Third, the flavor was extremely lacking. I realize this was the reduced-sodium version, and that likely played a large role in the lack of flavor, but shoot. I would say that this tasted like cardboard with a mild aftertaste vaguely reminiscent of bacon. It wasn’t bad, per se, just not very appealing.

I would rather eat a smaller portion of regular pork bacon ANY day, and that has always been my philosophy when it comes to healthy eating and calorie counting. Small portions of the indulgent foods one craves are almost always better, and more satisfying, than large portions of sub-par “light” food. I eat well the majority of the time but when it’s time to indulge, I say do it right or don’t bother.

Phew this weekend wore me out. My “dogs” were most certainly “barking” after the weekend. It was a good one though!