Tonight I tried a new chili recipe that was an interesting departure from the ordinary – Black Bean and Chorizo Chili – using a recipe from Cooking Light.

The “chiles” added in the first step of the recipe are super-smoky minced chipotles in adobo sauce. One of my favorite ingredients!

A few weeks ago I tried cooking with chorizo for the first time, when I made Chicken & Chorizo Stew. I was unable to find firm, cured Spanish chorizo at my grocery store, so I instead substituted Mexican chorizo, which consists of uncooked, ground meat and did not work well in the recipe. I also don’t believe the Mexican chorizo would work well in this chili recipe either, and would definitely suggest seeking out Spanish chorizo for this recipe, as I did.

I actually came across a really delicious, quality, cured chorizo at World Market! For this recipe (which I scaled down from the original), I diced four ounces of chorizo. I tried a bite (I was a little scared – I was pretty positive it was safe to eat raw from the package, right?! And then, of course, the leftovers went into the fridge) and it was so yummy! Smoky, bold, and rich! It smelled like the finest, smokiest Spanish paprika.

Next into the chili pot: 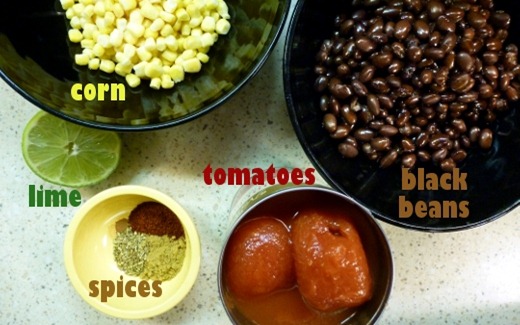 Then, clearly, it is simmer time: 30 minutes. 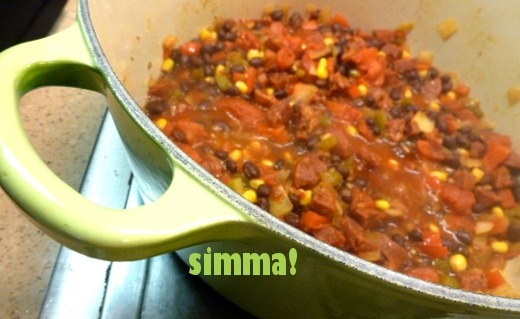 After simmering, remove the chili from the heat and add the secret ingredient: semi-sweet chocolate! I was honestly a bit nervous; I mean, we’re mixing onions and chocolate here, kids. While I didn’t detect a chocolate flavor, per se, there was definitely a roasty richness that the chocolate added to the chili. 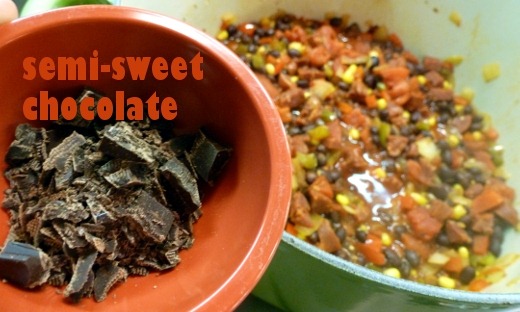 I was a big fan of this Black Bean & Chorizo Chili. It was an interesting take on a standard dish, boasting rich smoky flavors from chipotles in adobo, chorizo, and semi-sweet chocolate and a moderate heat level. Cornbread went especially well with this chili – I would suggest a hearty helping of sweet cornbread with this dish. I was wishing I had more left than the two measly squares above!

What is your secret chili ingredient?!