In terms of food, this weekend was not really filled with new and exciting food items, but instead, full of our tried and true favorites of Ann Arbor. Here’s a recap in photos:

Fire and Smoke granite-baked pizza at Jolly Pumpkin with Fool Brew. What a peppery craft beer! That baby had a BITE to her. The beer was a collaboration between local breweries, released around April Fool’s Day this year. 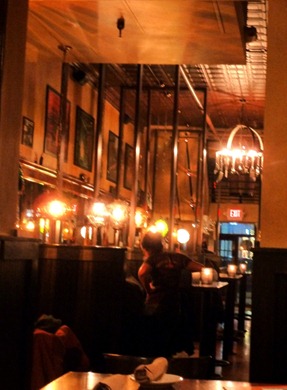 After apps ‘n’ brews, we saw Salmon Fishing in the Yemen at the Michigan Theater. (Mostly because we thought the concept of the movie was quite ridiculous [and thus, humorous], but also because I am a big fan of Emily Blunt.)

Saturday dinner: Sidetrack! We did try a new-to-us appetizer: Beer-Battered Clams which were yummy. I wanted a larger portion size to split, but they were inexpensive ($3.95), so I guess I cannot complain! 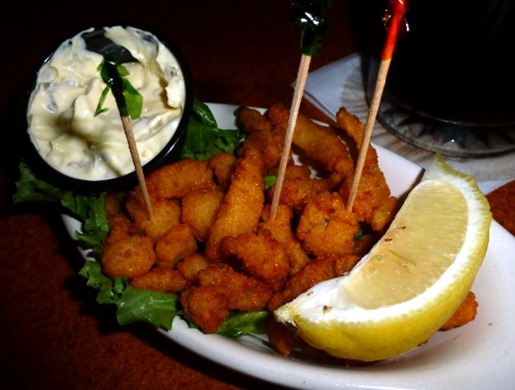 The huz ordered the featured burger of the day which was, coincidentally, one of his former burger competitors in Sidetrack’s Customer Burger Creation Contest (which he [and one other person] won!). This was not one of the winning burgers, but was the Quite Scientific Burger. We thought the burger had just a bit too much stuff going on – lettuce, onion, tomato, gorgonzola, fried egg, bacon. He said it was good though, but didn’t quite live up to his winning BBQ Slaw.

I had my favorite Sidetrack item: Black Bean Burger Tacos, with sweet potato fries. And my fave – Eddy Fitz to drank. 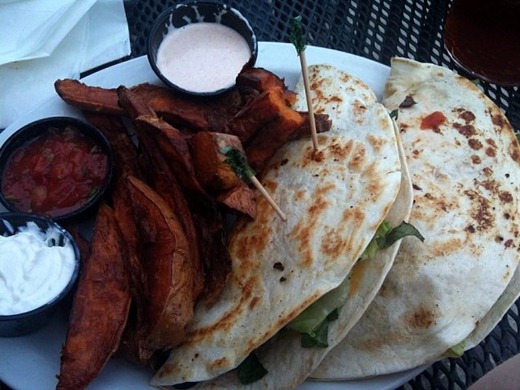 Dessert was ice cream at Café Ollie, a couple doors down from Sidetrack. I had a scoop of Caramel Macchiato and a scoop of Malted Chocolate (with malted milk balls!) in a waffle cone. Neither flavor blew my mind, but this was a cute, nearby place to grab dessert and hang out. I really want to have lunch here one day. Who wants to go with me?! 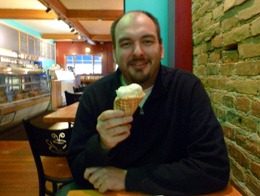 Sunday lunch at Brewed Awakenings in Saline. Monterrey panini, chippies, apricot honey scone, and ice coffee for me. We love their paninis! 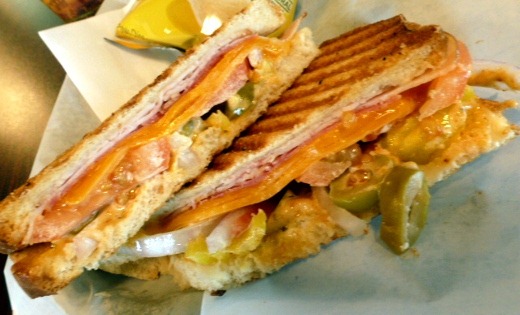 Right now I have Chicken with Cornmeal Dumplings in my slow cooker and it smells OUT OF THIS WORLD amazing in my house! Be back tomorrow with all the deets.

One thought on “A Tried and True Weekend”