On Friday, after arriving in Chicago and partaking in an architecture walking tour, we walked to the River North area for dinner. The huz and I actually ended up walking to River North for dinner all three nights of our trip. This area seems to hold many of the “in” restaurants in the city, and it was a nice walk up Michigan Avenue from our hotel to the river. The nightly strolls really made me want to live in Chicago. I just love the energy that exists in big cities.

A dinner reservation was made at Texas de Brazil with the meat-loving huz in mind. Texas de Brazil has a few locations around the country and is a Churrascaria, which is a Brazilian-American steakhouse. 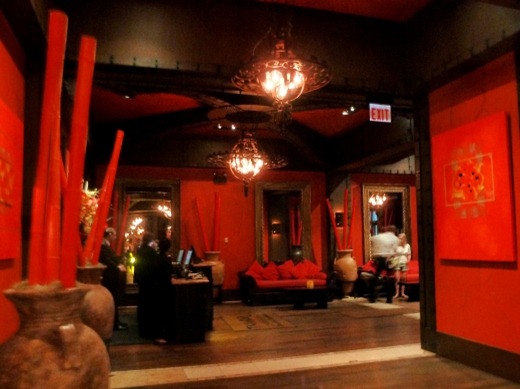 Servers, known as gauchos, wander from table to table offering up servings of various cuts of grilled meat, such as bacon-wrapped filet mignon (below), flank steak, sirloin, pork tenderloin, parmesan chicken, and sausage. During this trip, I think I realized how much I am starting to really like my meat a bit more on the rare side than I thought. Until I was at least 20, I would only eat steak if it was well-done. Eventually I started to order beef medium-well for the past few years, and for the last year or so, I have begun ordering it medium. I had some cuts of beef at Texas de Brazil that were medium-rare, and oh my, they were good!

During dinner, each diner has a card used to indicate whether or not they want more meat. Red means “no,” and green means “yes, please.” And you can keep eating as long as you would like. I had to turn my card over a few times during dinner because I started to get overwhelmed by the number of meats stacking up on my plate! Literally everything was delicious.

Oh, and if you were wondering, yes we have dined at a Churrascaria before – last year, in San Francisco.

There was also an amazing salad bar with over 50+ gourmet items – sushi, gorgonzola grapes, charcuterie, olives, fancy cheeses, lobster bisque, sautéed mushrooms. Mmm! I could easily make a meal out of the salad bar. Or a life. Like, live at the salad bar. Life would be complete.

In addition to unlimited meat and unlimited buffet access, we also received a side of mashed potatoes, and of fried bananas, served to act as a palate cleanser. But they’re just plain delicious if you ask me.

Dinner was pricy, but in perspective, a good value, considering the huge variety and large quantity of decadent cuisine I enjoyed. It’s also just a fun experience to share with someone. Dinner + entertainment. 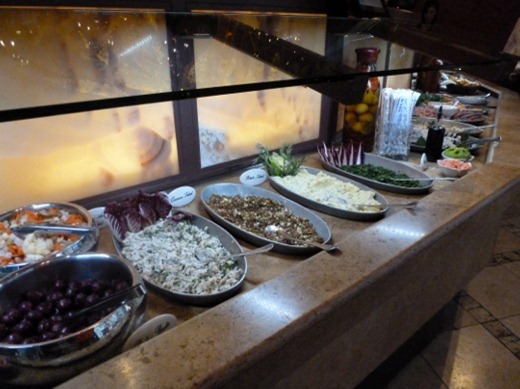 There was also an acrobatic wine fairy in the giant wine display, who retrieved bottles of wine whilst performing flips ‘n’ sh*t.

Friday was our 7 year anniversary of together-ness! (Married for almooost 4 of those years). 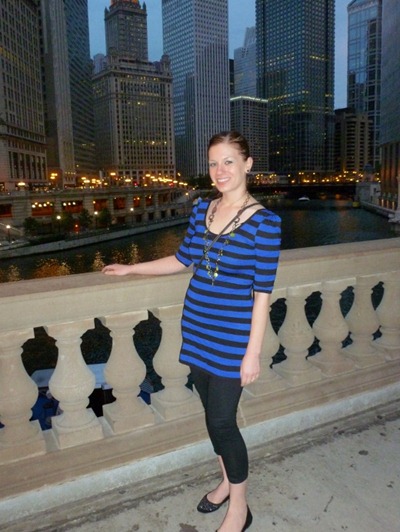 I think age has done me well.

After diner we wandered upon these fountains in Millenium Park.

The interior side of the two fountains each had a face, and at one point the faces started spewing water. Yeah. I don’t know. It was weird.