It’s summer! And I have been celebrating – with cocktails apparently. This past Thursday night we had an office Happy Hour at Blue Tractor. 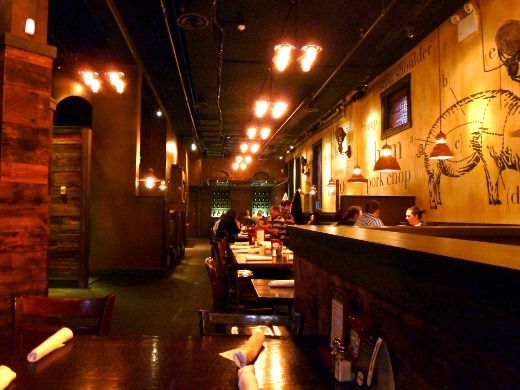 I ordered the Bulgogi Burger (which piqued my interested last time), and subbed chicken breast for the burger. The sandwich was served with served with a soy-ginger-garlic marinade and spicy napa cabbage slaw. The marinade and slaw had a great flavor, but it was kind of lost in the sandwich. Blue Tractor needs to find a way to amp up the volume on the flavor in this sandwich, but it was still tasty. I ordered curly fries – wise choice!

After Blue Tractor, my co-worker and I met up with some others and made our rounds on Main Street, including cocktails at Rush Street at one of the open air tables next to the sidewalk, and live music at Ravens Club later. 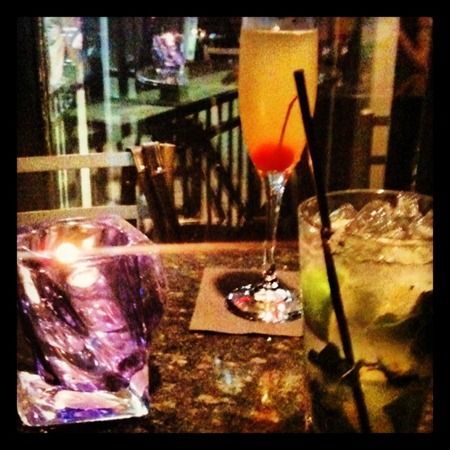 Friday night, the huz and I redeemed a gift card at Macaroni Grill. We hadn’t been there in a while. I forgot how much I do like their food. We both started with some awesome warm bread dipped in peppered oil, and a Caesar Salad. 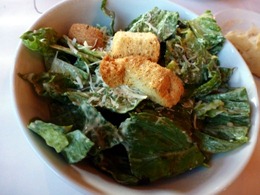 I was in the mood for something on the lighter side, and since we were using a gift card I splurged and ordered the Sea Bass, which was served pan-seared. The fish itself was in need of seasoning, but it was served atop a surprisingly flavorful, and giant, bed of arugula salad with pickled red onions, tomatoes, and cannellini beans. The plate was also dotted with balsamic glaze and a red sauce.

Chicken Parmesan for the man.

After dinner we stopped at Whole Foods for a couple treats. A raspberry chocolate cupcake for me, and a peanut butter chocolate bar for the huz. Yummy!

I got a much-needed ELEVEN hours of sleep last night, and oh, I must tell you, it was GLORIOUS.

An update on my patio tomato: he’s doin’ well I think! He’s grown a lot since I bought him.

And a baby tomato! Grow, baby, grow! I want to make delicious caprese salads with you.

One thought on “Baby Tomato”