Does this make your mouth water? A leeeetle bit? Country Chicken with Gravy?

I’ve had this recipe pinned to my “Recipes To Try” board for some time now. Last week I sent the huz to Pinterest (he’s a trooper, isn’t he?) to look over the board and tell me what looked good. This recipe was his pick! 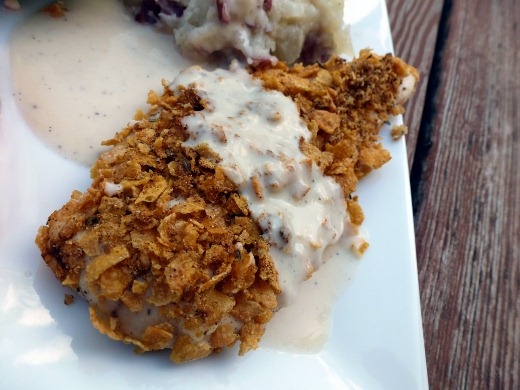 To prepare the Country Chicken with Gravy recipe, the first thing I did was set up a breading station. From right to left:

I used boneless skinless chicken breast halves, and, as you might guess, dipped them in the half-and-half, dipped both sides in the corn flake mixture, and then placed the cutlets atop the rack in a baking dish. I decided to bake my chicken (30 minutes at 350 F) instead of cooking it in a skillet, because (1) I thought the crumb mixture would better adhere, and (2) I like the texture of baked chicken better than sautéed chicken.

While the chicken was baking I prepared the “gravy,” which primarily consists of milk and chicken broth thickened with a butter and flour roux. I simplified the gravy by using ingredients I had on hand in place of some specialty ingredients, as follows:

Check this plate of food! This is pretty much my perfect dinner – so balanced! Homemade mashed redskin potatoes were the perfect accompaniment. In fact, I doubled the gravy recipe so that I could use it on the potatoes as well.

I cannot say enough positive things about this chicken dish! The texture was awesome – a super crispy exterior coated the tender chicken filet. The coating was also really flavorful – I’m a huge fan of the corn flake coating. I’d recommend crushing the corn flakes fairly finely to ensure adherence to the chicken. My mini food processor (one of the attachments that came with my immersion blender) worked perfectly for this task, but you can also crush the corn flakes by hand in a plastic bag with a rolling pin (or hammer if you’re feeling crazy.)

I loved this Country Chicken recipe so much that I will probably make it again next week.

After dinner, I went downtown to meet up with Five Cent Femme at the Blind Pig, where we had tickets to a show. We saw most of the three opening bands’ performances.

And the headliners: Evans Blue!

It was so awesome seeing a band I loved in the small intimate venue that IS the Blind Pig. I’m sure everyone who lives in Ann Arbor knows this, but for those of you that are not Ann Arborites, one of the Pig’s famous factoids and claims-to-fame is that Nirvana actually performed there once, back in the day (1990, to be exact). Yeah. And it’s still pretty awesome. 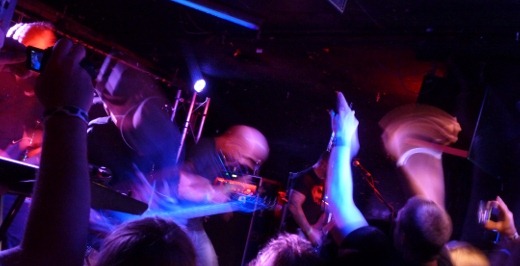 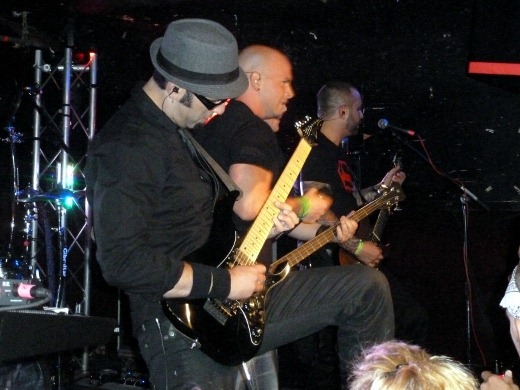 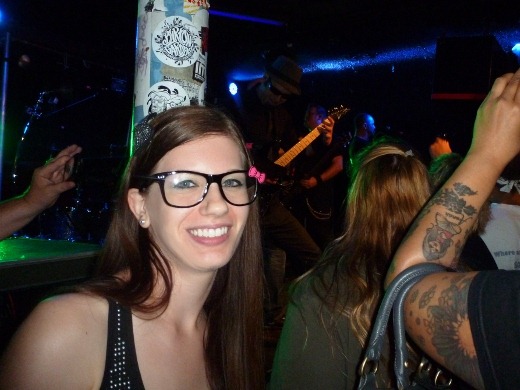 7 thoughts on “Country Chicken with Gravy”