Greetings! A drink after work on Friday turned into a rather fun evening. 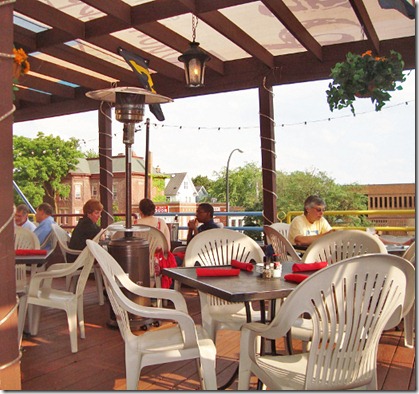 During Happy Hour, from 5-7pm, we enjoyed drink specials ($2 off wines by the glass and specialty drinks, half-off draft beer, and half-off appetizers).

A couple orders of Asiago al Forno were shared amongst our group of four. The baked Asiago cheese was served piping hot, and still bubbling from the oven. Amaaaazing!

I think I may have hogged the first order a little bit – I was completely famished. Bread and cheese are pretty filling though, so for my “dinner” I just ordered the Insalata Verde, with baby greens, gorgonzola, tomato, balsamic vinegar and olive oil, and croutons. Sadly this salad just wasn’t very good. Something was ‘off’ about it and I only ate about half.

After Rush Hour we hit up a new-to-me spot that I wouldn’t necessarily typically consider visiting at night, but it turns out they have a pretty lively, buzzing bar-type atmosphere at night, with loud (but not too loud) rap and Top 40 music playing. The place I am referring to is Tomukun Noodle Bar on Liberty Street.

Five Star SexiMexy selected a bottle of sake for our group of three ladies to share. 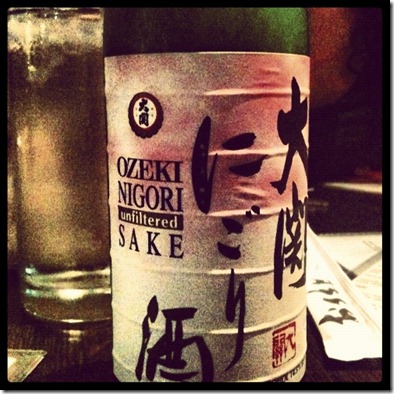 I had sake once, several years ago, but this was my first time having more than just a sip of it. Turns out, I like the stuff. The bottle we ordered was milky and sweet. Sake reminds me of runny rice pudding, which makes sense considering that it is made from fermented rice.

I always tell Five Star that she has the daintiest hands (below) – don’t you think? 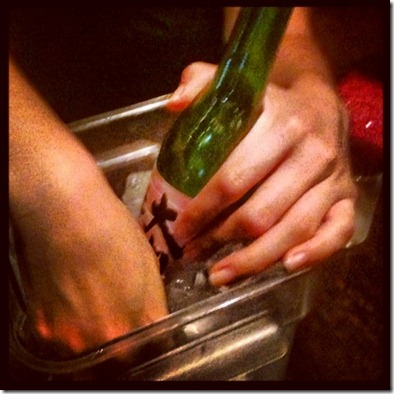 My hands look gnarly in comparison. Might as well call me Gnarles Nomly.

After Tomukun, our group of four had dwindled to two. Five Star & I hit up Main Street for some dancing, before calling it a night.