It’s been a while since I’ve redeemed any Groupons. But this past weekend, I redeemed TWO!

First up, lunch at Coffee House Creamery, located in a small strip mall by the Quality 16 movie theater on Jackson Road in Ann Arbor. This small, locally owned business is somewhat like a Panera, but with ice cream! 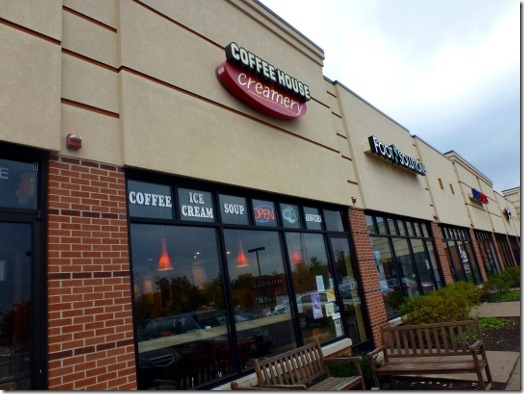 With our Groupon, the huz and I each got a half panini and a bowl of soup. I ordered the Tuna Melt with Chili. The only soup choice of the day was, in fact, Chili, but it suited us well, as we are Chili fans. We both got a very big bowl of hearty chili, with lots of meat and kidney beans. The soup seemed as though it were probably not homemade but was nevertheless really tasty. My only complaint was that it needed to be a tad warmer, as it was served only lukewarm. Maybe the vat needed a bit longer to warm up, since we arrived only a few minutes after opening on Sunday.

My tuna melt was tasty, though I’ll probably try another sandwich next time. Loved all the melty Swiss cheese!

Ice cream was also included in our Groupon deal! Coffee House Creamery had a large selection of ice cream. I tried the chocolate moose tracks and the huz had the cake batter ice cream. Both were yummy! I sipped a coffee with my lunch and the combination of hot coffee and cold chocolate ice cream was pure heaven.

The young lady who waited on us was nice and pleasant. The atmosphere was actually pretty cute – better than expected for a strip mall! Free wifi, quaint décor, good food, and a friendly atmosphere all make this a nice little hangout spot. 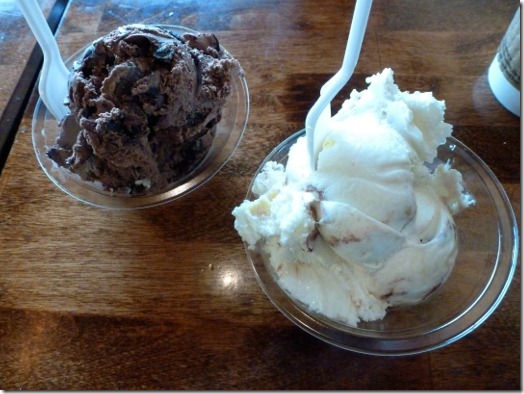 After a our Sunday lunch outing, I redeemed another Groupon and ordered a new pair of glasses at SEE Eyewear. I CANNOT wait until my new glasses come it! They have been a long time coming.

That night, for dinner, we had one of our absolutely faves: Garlic Roasted Salmon and Brussels Sprouts with Parmesan & Romano Rice. And by rice, I mean the San Francisco treat. Okay? It’s good stuff. The Brussels Sprouts were my favorite part. 🙂

I was a busy bee Sunday. That afternoon, I also made these Lemon Squares, using Cooking Light’s recipe.

These were fun to make! The crust consists of flour, powdered sugar, butter, canola oil, salt, and finely chopped cashews (which I used in place of pricy pine nuts). 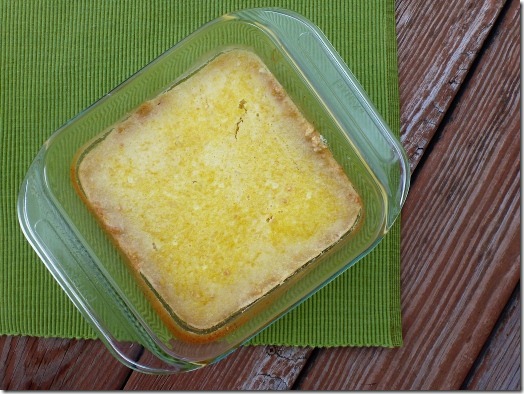 The lemon topping contains the juice of three lemons plus more lemon zest. My mom reports that my late grandmother used to make lemon bars all the time when my mom was younger. I wonder how this recipe compares to hers!

Silly me, I photographed these babies before liberally dusting with powdered sugar. 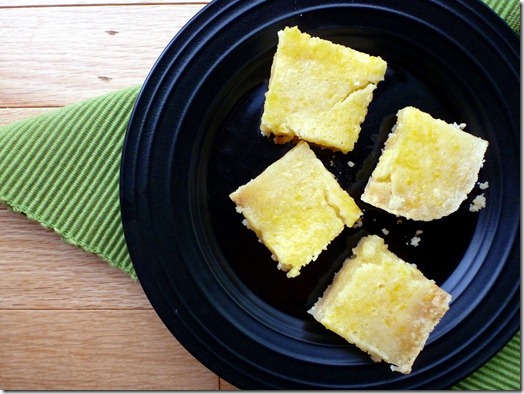 Loved these! A nice, bright change from the chocolate-y, frozen desserts that tend to frequently overtake our kitchen.