Are you guys excited for the start of the college football season? I am!

This week’s photo of the week is a familiar scene to anyone who’s ever attended a Michigan football game. Especially those who’ve attended as a student, and made the thrilling march down Hoover Street, approaching the Big House. As far as the eye can see, everyone is dressed in maize and blue and headed in the same direction. This picture is from 2006, when I was an undergraduate student, pre-gaming at the Box house on State Street. It’s a rite of passage as a Michigan student. 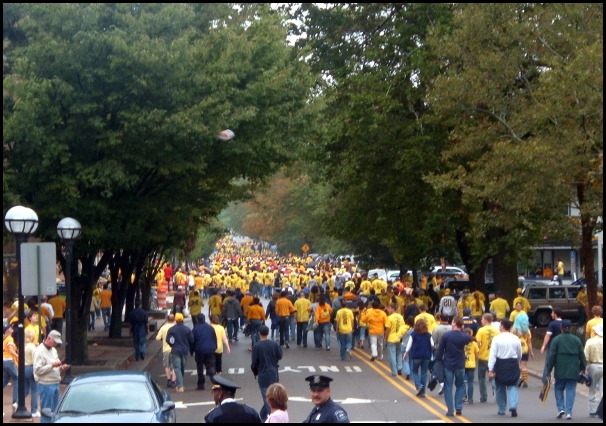