You might remember me blogging about my trip to Costa Rica a couple months ago, but it has been several weeks since my most recent post. Today I wanted to jump back into those recaps and bring you some photos from Day 3 of our trip.

On our third full day of vacation, we went on a tour that we’d arranged with Gecko Trail Adventures which offered three activities in one day. Our first stop was a visit to the Jaguar Rescue Center, where a volunteer guide took on a tour of the facility and shared the stories of many animals currently in residence. Unlike a zoo, the Jaguar Rescue Center rehabilitates animals that have been injured or mistreated, and then reintroduces them back into their natural habitat in protected areas whenever possible. 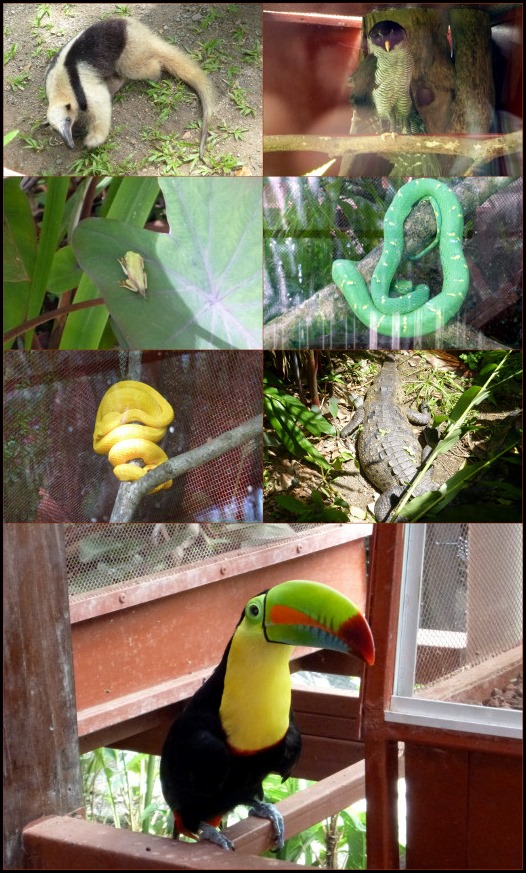 This mama howler monkey has been rehabilitated and released back into the wild, however sometimes she still stops by the center for a banana or two. From what I understand this is not the norm, but still very interesting to see and learn about! 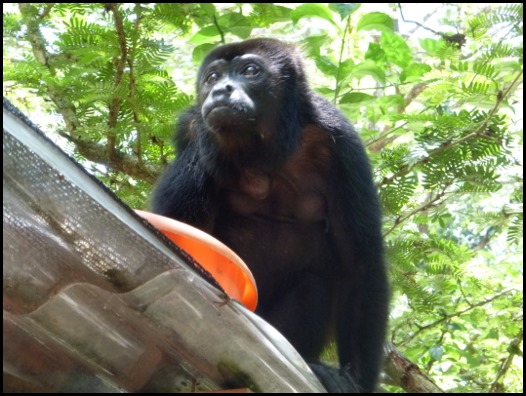 The center housed a handful of two-fingered sloths when we visited as well. Love ‘em.

Perhaps the highlight of our visit to the rescue center, was the opportunity to hang out with baby monkeys! After sanitizing our hands and arms and leaving our cameras behind (so the monkeys didn’t mess with them!) visitors on the tour were permitted to visit the enclosed baby monkey habitat, and allow the baby monkeys to come climb in your lap and play! While it was not permissible to pick up the baby monkeys, if they came to you, you could let them climb in your lap or on your legs, and I did get to play with a baby spider monkey in this way. So cool!

After a couple hours, we left the Jaguar Rescue Center and our tour guide drove us through Puerto Viejo to our next destination.

Our second activity of the day was a visit to the Chocolate House.

Here, an indigenous family taught us about several of the plants growing right on their property, including this fruit which contains berries that can be used as lip color.

Next, we learned more about the cacao trees growing in the yard.

The fruit from the cacao trees is used to make chocolate, and we were given a full demonstration of how exactly this is done. 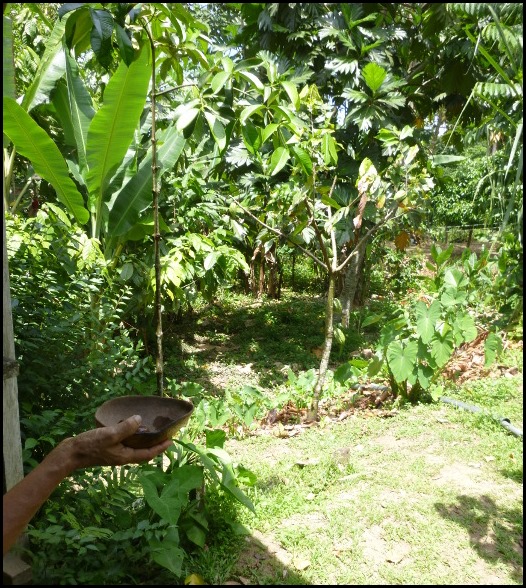 After the interactive demo, we got to try lots of their homemade chocolate samples!

There were several flavors to choose from, and I tried many. My favorite was the cinnamon clove nutmeg chocolate. The chocolate was a bit grainier and less sweet than we were used to eating back in the States, but really liked it. Yum! 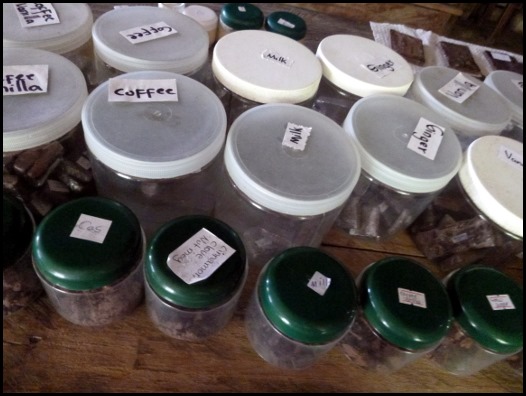 Our third stop of the day, was a visit to a pair of waterfalls near Puerto Viejo. First, we hiked to the shorter of the two waterfalls. 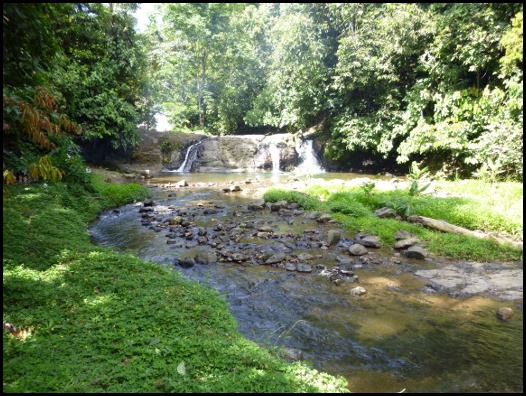 During our hike we were repeatedly warned to watch out for the ants, some of which bite or sting something fierce. Luckily, we made through just fine.

And next, located behind the shorter waterfall, we hiked to this taller waterfall and took in the scenery.

I also took a dip in the water which felt incredible, considering it was about 95 degrees outside! 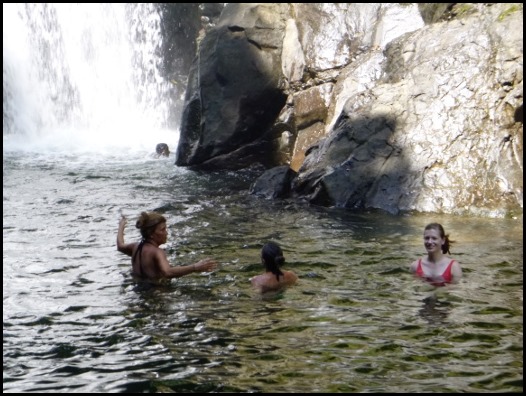 After hanging out at the waterfall for a bit, we hiked back up to the van, and rehydrated our sweaty selves with fresh chilled coconut water (which tasted better than anything ever, basically!) 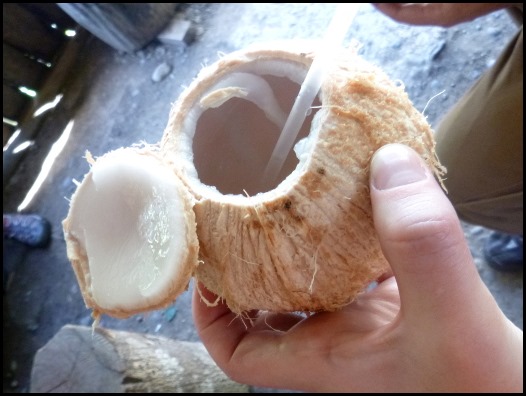 After being dropped off back at our hotel, we were just in time to grab a quick, late lunch Banana Azul’s restaurant.

The bartender made me a customized frozen coffee. YUSSS.

For lunch, I ordered a fresh chicken salad which hit the spot.

Check out the view of the beach from the restaurant. You can hear the ocean waves while you eat lunch! Also, the grounds at Banana Azul are immaculate and stunning. I can’t say enough positive things about this place.

For the rest of the afternoon, we lounged around on our patio, at our personal pool, and at the beach.

A round (or two) of piña coladas were also consumed at the beach club! Ahh, paradise.

Later, we had dinner right at the hotel. I ordered the Seafood Spaghetti, with bay scallops, and several other types of seafood, and which also came with soup and salad.

For dessert, we busted out a couple pieces of chocolate we’d purchased on our tour.

Then we hit the hay!