Sometimes being a blogger has its perks! Last weekend, I had the fantastic pleasure of serving on the judging panel for the Taste of Ann Arbor event which takes place annually in downtown Ann Arbor. You might remember that I was also on the panel two years ago as well. I’ve very grateful that the nice folks at the Main Street Area Association gave me this opportunity again!

The huz also was able to join in the tasting fun as my guest. (Shout out to the Smoothie Stand – that tropical smoothie was da bomb.)

The weather was a bit drizzly this year, but there was still a pretty good turnout at the event. Ann Arbor has lots of devoted foodies. Also the lines were shorter as a result, which is always a perk. We bundled up in jackets with hoods and nestled ourselves under the shop awnings to do our tastings when the rain started coming down. It made for an adventure!

Thirty-nine restaurants signed up to participate in the event this year, and the majority showed up and took part, despite the weather.

Our tasting duties involved providing input for both the Best Appetizer Category as well as the Best In Show Category. We strolled from stall to stall and tasted the best apps and items each eatery had to offer. Here are pictures of just some of the tasty foods we tried during the event!:

Creating a big splash, as always, were Black Pearl’s famous fish tacos. They really do live up to the hype – best fish tacos in town. I think half of the people attending the event at any given time were in the fish taco line!

Mezzevino participated for the first time and offered a trio of flavorful options including Chicken Gyro Sliders and really delicious Hummus & Veggies (both shown above), as well as meaty Lamb Kabobs (below). The folks manning the Mezzevino booth were very friendly and enthusiastic about their food! (After all this is supposed to be a fun event – a few of the other booths could take lessons from them. But 97% of the booths were filled with fantastic folks!) 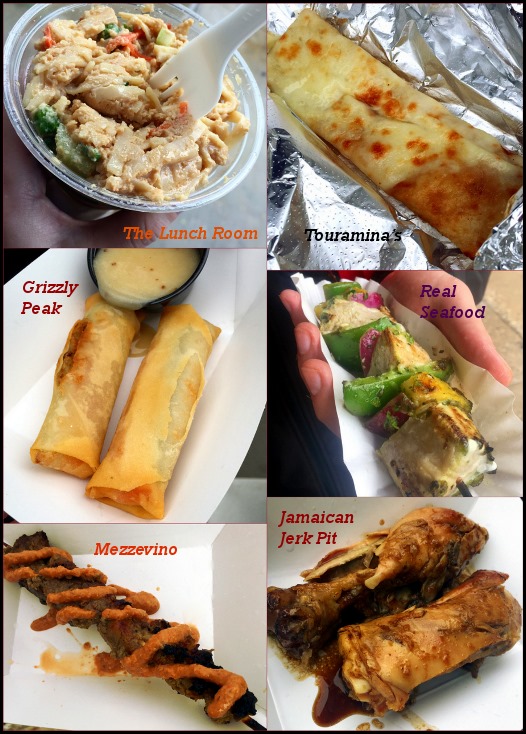 While I wasn’t a huge fan of Gratzi’s Kale Salad, their Prime Beef Meatballs were delicious:

Slurping Turtle’s Pork Belly Bao was one of my Top 3 Appetizers of the day. The pork belly was cooked perfectly and those pickled onions give it a nice bright bite.

Prettiest Appetizer Award (I made that one up but that’s okay) goes to Lena’s Tostones with pico de gallo, queso fresco, verde sauce. The salsa verde kind of overshadowed the mild plantain flavor though.

While I haven’t been to HopCat yet (it’s on my post-prego to-try list), I did get to try some of their food at Taste of Ann Arbor. The folks at their booth insisted we try the Grand Royale Slider, topped with their popular “crack fries.” Clearly this was very indulgent – I never did figure out what all was on here. Some kind of seasoned ground meat, bun slathered in cheese sauce, fries, jalapeños. My only gripe was that this was difficult to eat. 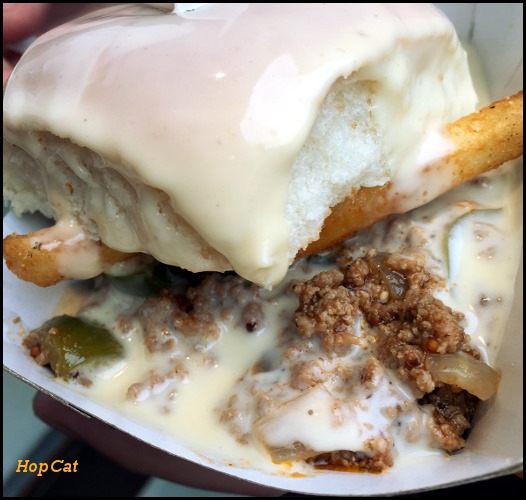 Below are offerings from The Blue Nile, Conor O’Neill’s, Touramina’s, Slurping Turtle sushi (huz had to try it – no raw fish for me [sad face]), and Vinology. 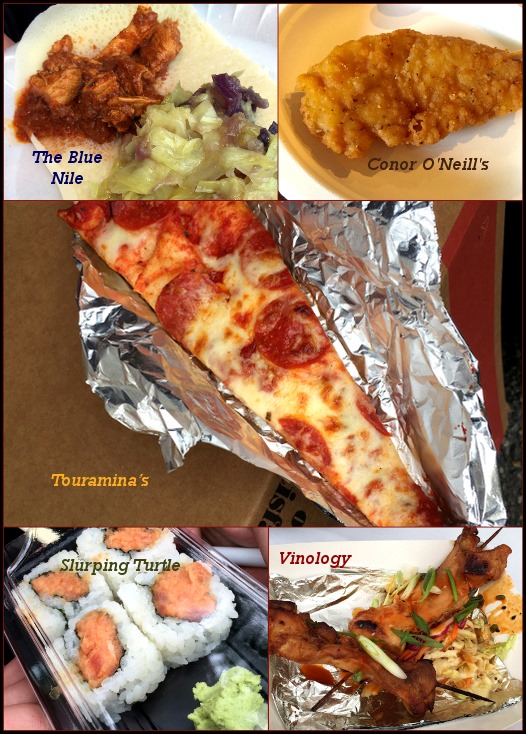 We tried our fair share of desserts as well, including: 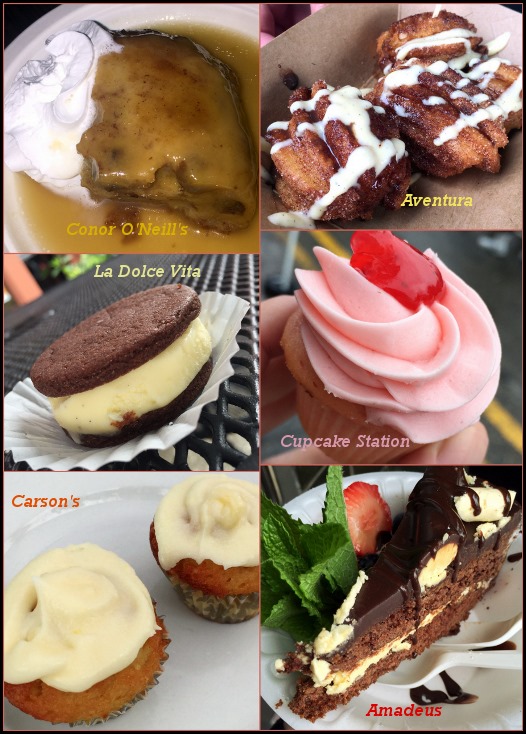 While all of the above were tasty, my two personal favorite desserts of the day were: 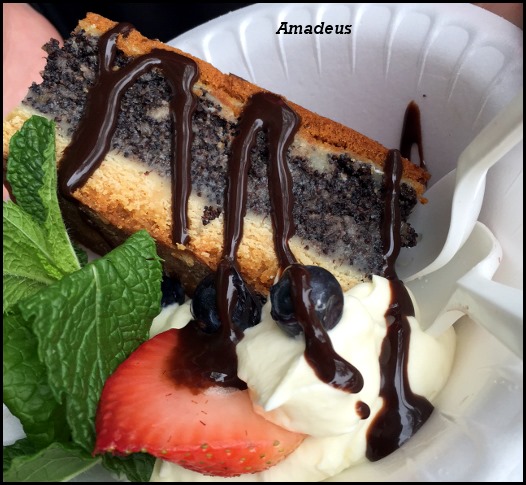 The BEST ENTRÉE Award went to Lena, for their Braised Short Ribs with Polenta. These were, in fact, absolutely delish.

My very favorite item of the day was (drumroll)…

Holy moly, these blew me away! My vote for BEST APPETIZER went to this dish. (Though Sava’s Black Bean Sliders ended up winning. Unfortunately I didn’t get to try those.)

While these did not end up winning the BEST APPETIZER award of the day, Vinology was given the prestigious BEST IN SHOW Award, overall, for all of their offerings. Apparently their dishes were quite a hit with all of the judges!

Great fun in Ann Arbor! I loved being a part of the event!

Dumplings for dinner! 💯😋
Get the cheese plate @drinkblom! This meadery in downtown Ann Arbor has not delicious dry meads and ciders and also offers this tasty cheese plate with four excellent Michigan-made cheeses and well as @tastybakerya2 crackers and @thebrinery pickled veggies. Love this place! 💛
Tiny birthday cake. 😊🎂🥳
Za. 🍕