As anticipated, I’m here to write a post about homemade baby food. When Jack turned six months almost old, three weeks ago, we began solids. We chose to follow our pediatrician’s advice to hold off on solids until he was six months old.

His food first was avocado, pureed with a tiny amount of water. He loved avocado! He was super enthusiastic about his first meal and couldn’t get enough. We stopped after a little more than a tablespoon though, because we were afraid of upsetting his stomach with too much food on the first go. He had no issues though! What a champ. 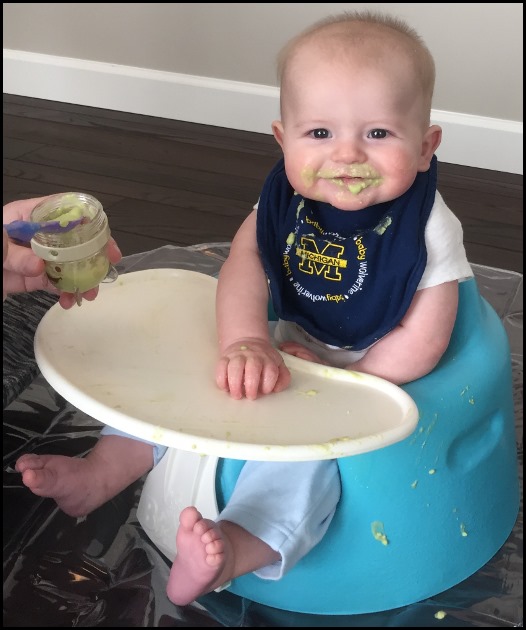 We’ve been waiting 3-4 days before trying each new food to watch for any reactions to the new foods.

The next foods we tried were cooked sweet potato puree and (raw) banana puree. He was a big fan of both! Here he is savoring his ‘nanas: 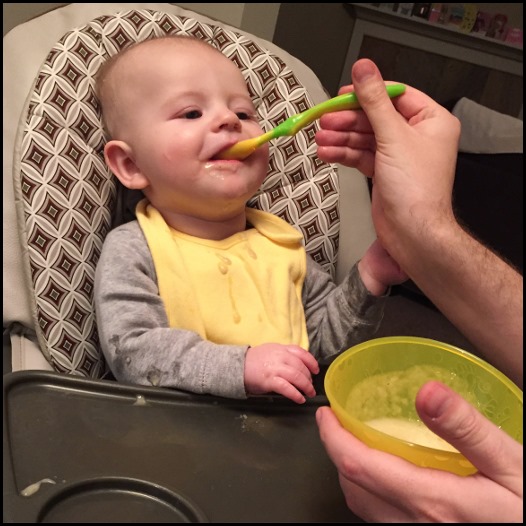 Next up were (thawed and cooked) frozen peas (with no other ingredients listed on the bag) pureed with a little bit of breast milk. 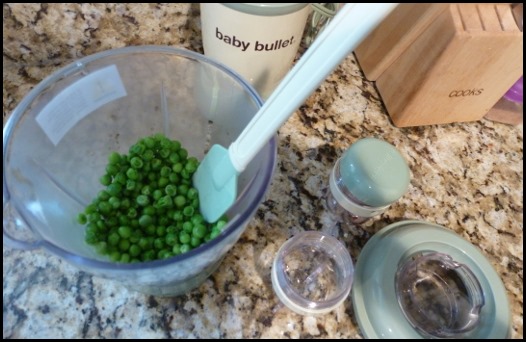 Such a pretty bright green! 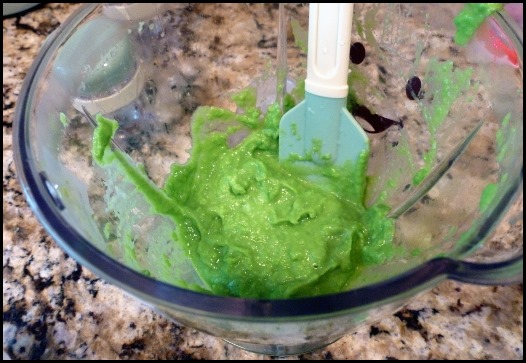 But they weren’t his favorite! We tried peas three days in a row, and he hasn’t gotten into them yet, but we’ll keep trying over time. 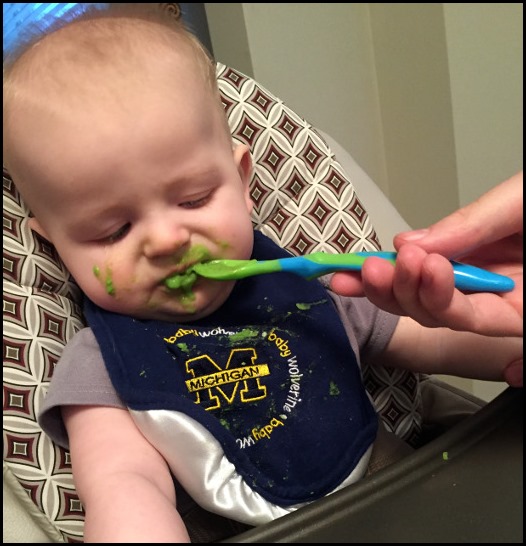 We’ve also tried both commercial brown rice cereal and homemade brown rice cereal. The latter I made using brown rice milled in a blender and then cooked on the stovetop. He loved the commercial kind (of course), and wasn’t a big fan of mama’s homemade cereal. Bummer! I’ll keep trying. (Day 2 Update: Today he was a fan! He like it much more the second day when I served it a lot thicker, using a small portion that I’d refrigerated from the day before. I’m curious to see how the frozen cubes hold up.) 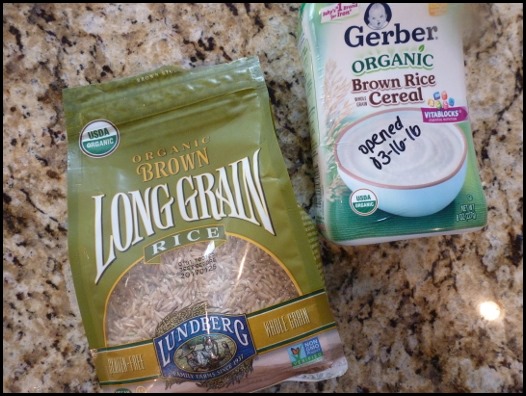 My two primary guides so far have been both the User Manual and Cookbook that came with the Baby Bullet that I was gifted (which has been working really well for prepping the all of these purees, by the way), as well as this amazing book, The Best Homemade Baby Food On The Planet, that I can’t recommend enough to anyone wanting recipes and to learn more about the process. 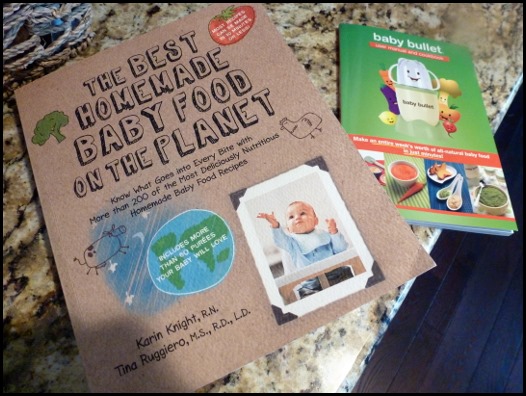 This weekend I made a batches of butternut squash puree (which we tried last night and was also a hit!), sweet potato puree, and homemade brown rice cereal, and froze cubes of all of these for future use. When needed, we can simply thaw a cube or two and then Jack’s meal is ready to go. The frozen brown rice cereal is kind of an experiment. I have low expectations as the BRC tends to get a bit gummy unless served immediately. However, my book suggested it is possible to prep in advance and freeze, so we’ll see what happens. If it doesn’t work out too well, we’re just out a few cents.

For the past 2.5 weeks we’ve been offering solids once per day, at “dinner.” This weekend we’ve increased to twice daily and we’ll continue that by sending one solid to daycare during the week for “lunch” in addition to the solid we’ll offer in the evening for “dinner” at home (and breastfeeding frequency will stay the same, since solids are mostly for fun and getting used to new textures at this point.)

I’ll keep ya posted as we continue our journey. Later this week I’m planning to make honeycrisp apple puree! I still haven’t determined if I should peel the apple or not prior to cooking and pureeing it – I’ve read mixed advice.

And by the way, I have nothing against store-bought baby food. I just simply enjoy making homemade baby food for Jack so that’s what I’ve done so far. It’s also really inexpensive to do so, so that’s a plus.

One thought on “Homemade Baby Food”